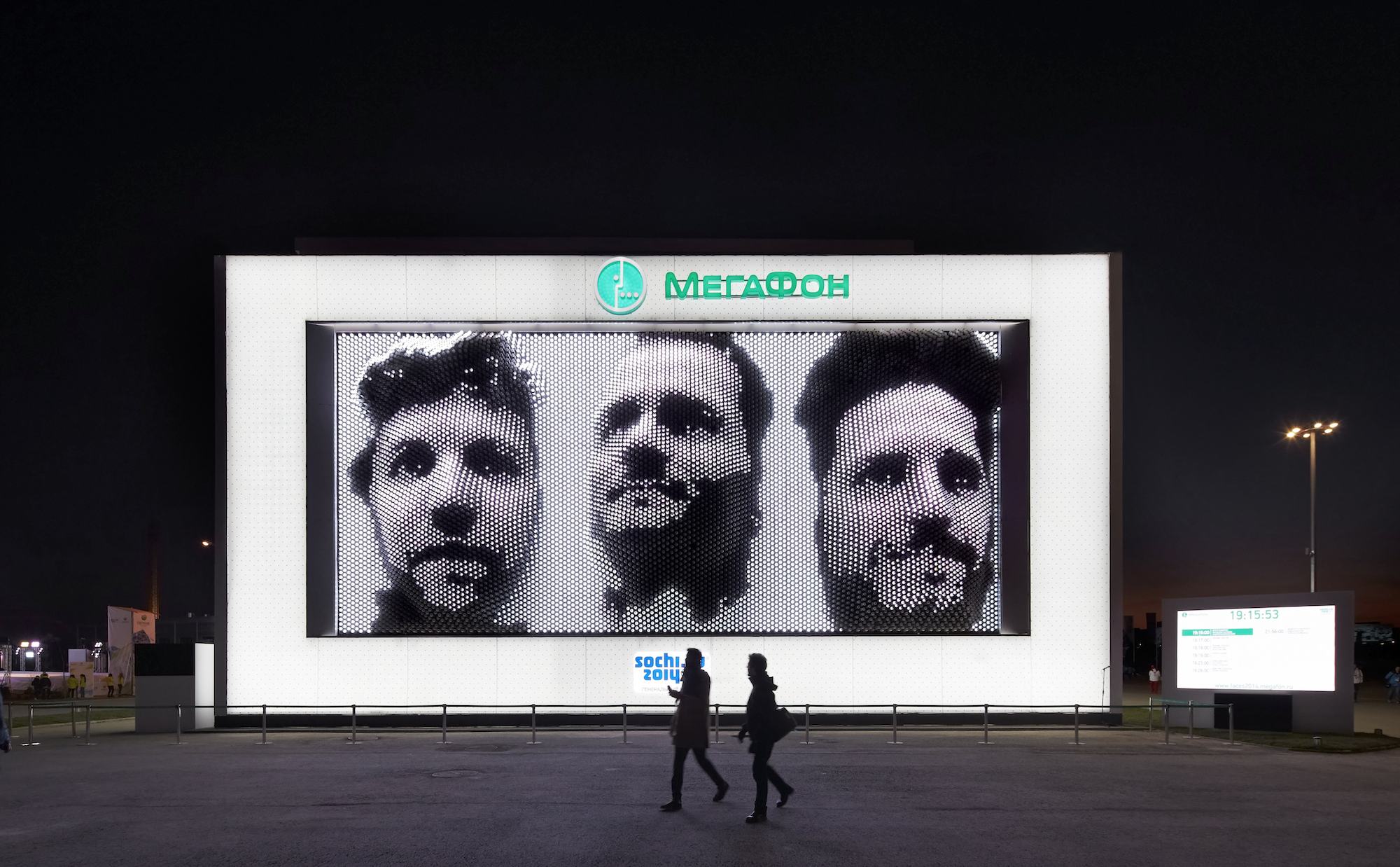 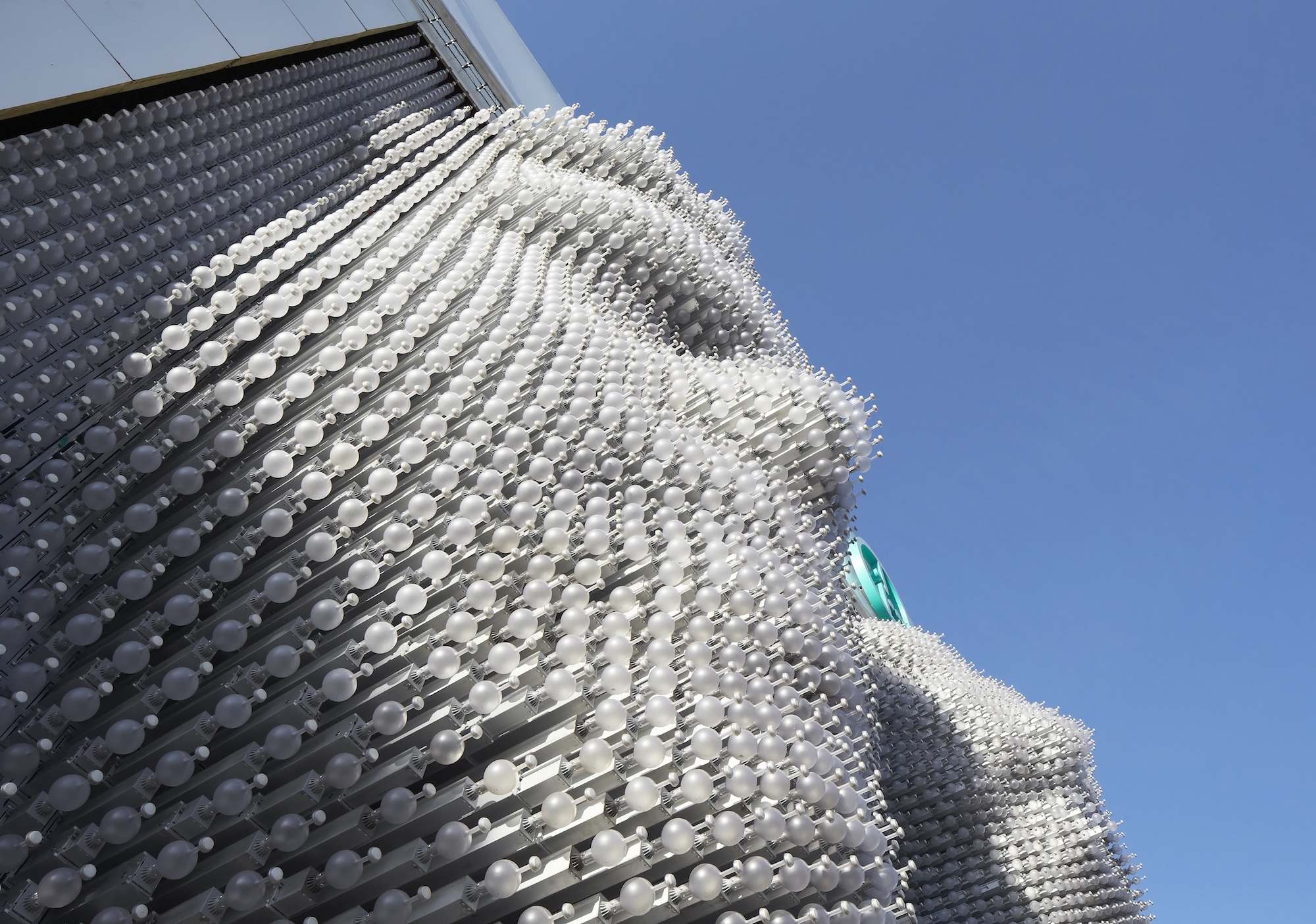 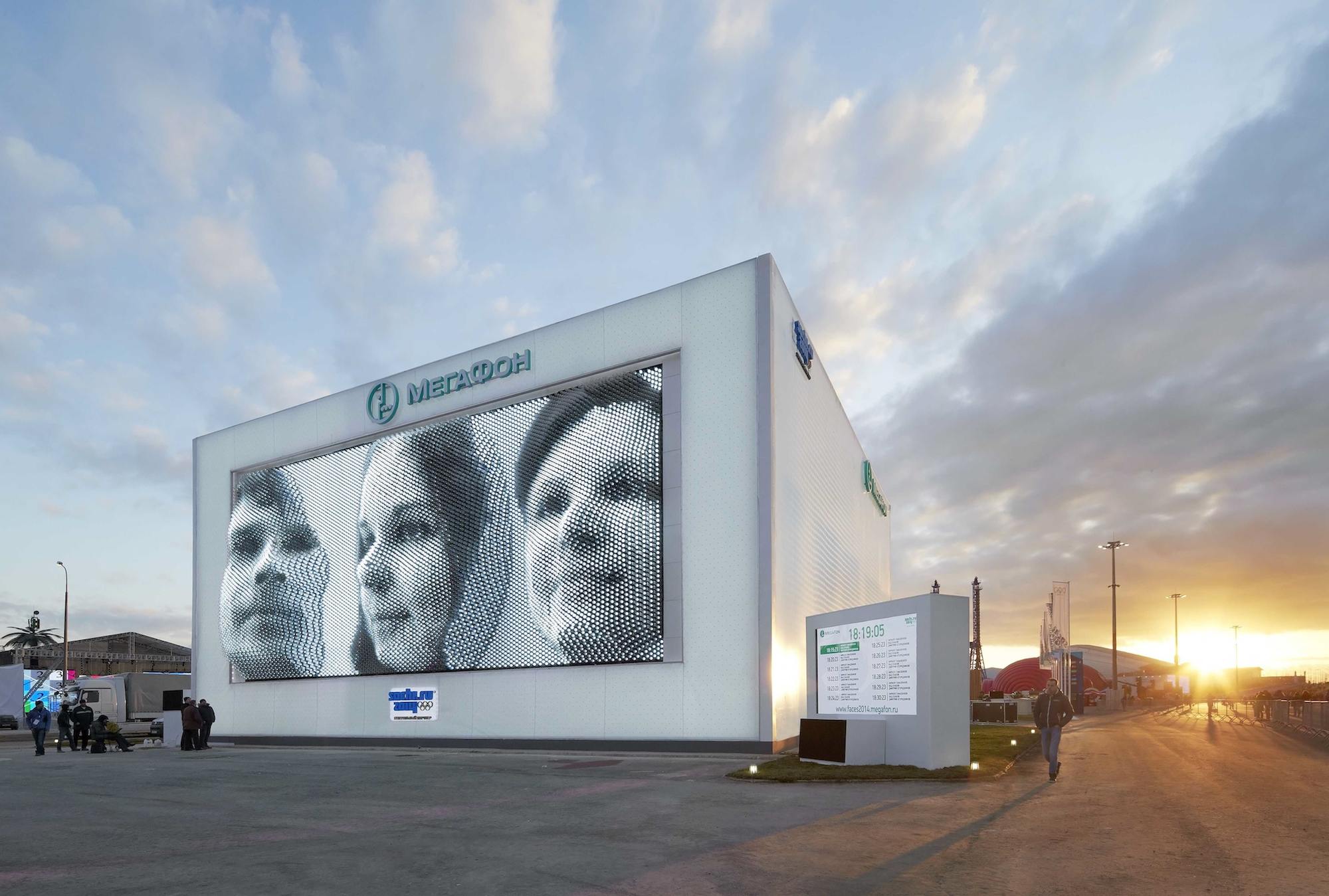 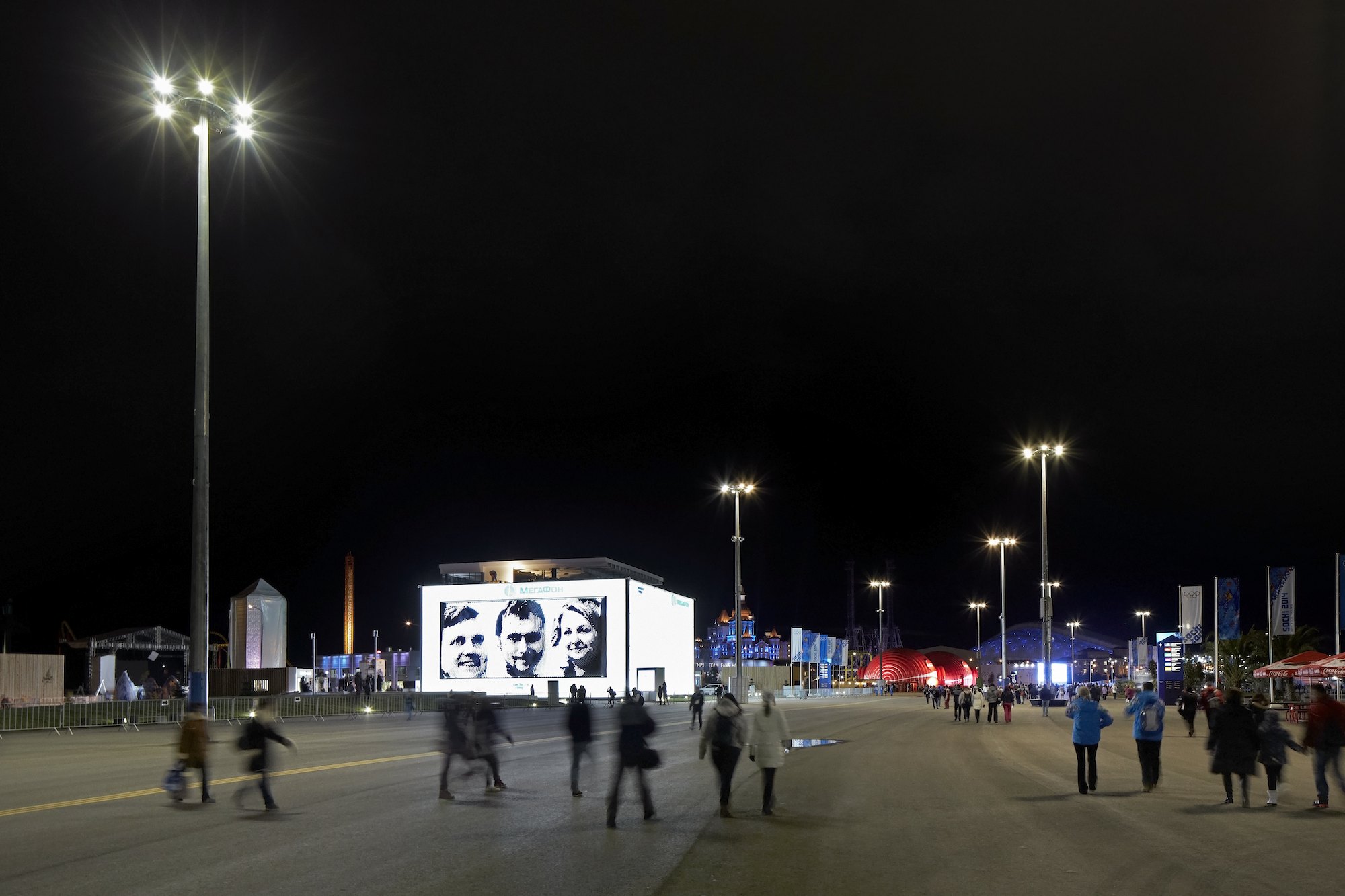 While working at Asif Khan’s Studio, I worked with a small team made up of Artist / Digital Sculptor Scott Eaton and visual effects artist Martin Aufinger on the ‘Creative Positioning Pipeline’ (CPP) of the MegaFaces pavilion. The project has since won the Cannes Lions Innovation Grand Prix 2014 and Golden Award of Montreux 2014.

After initial tests it became apparent that faces would benefit from some art direction; rather than always being presented straight on, they would be more “monumental” with some rotation, scaling and lighting. 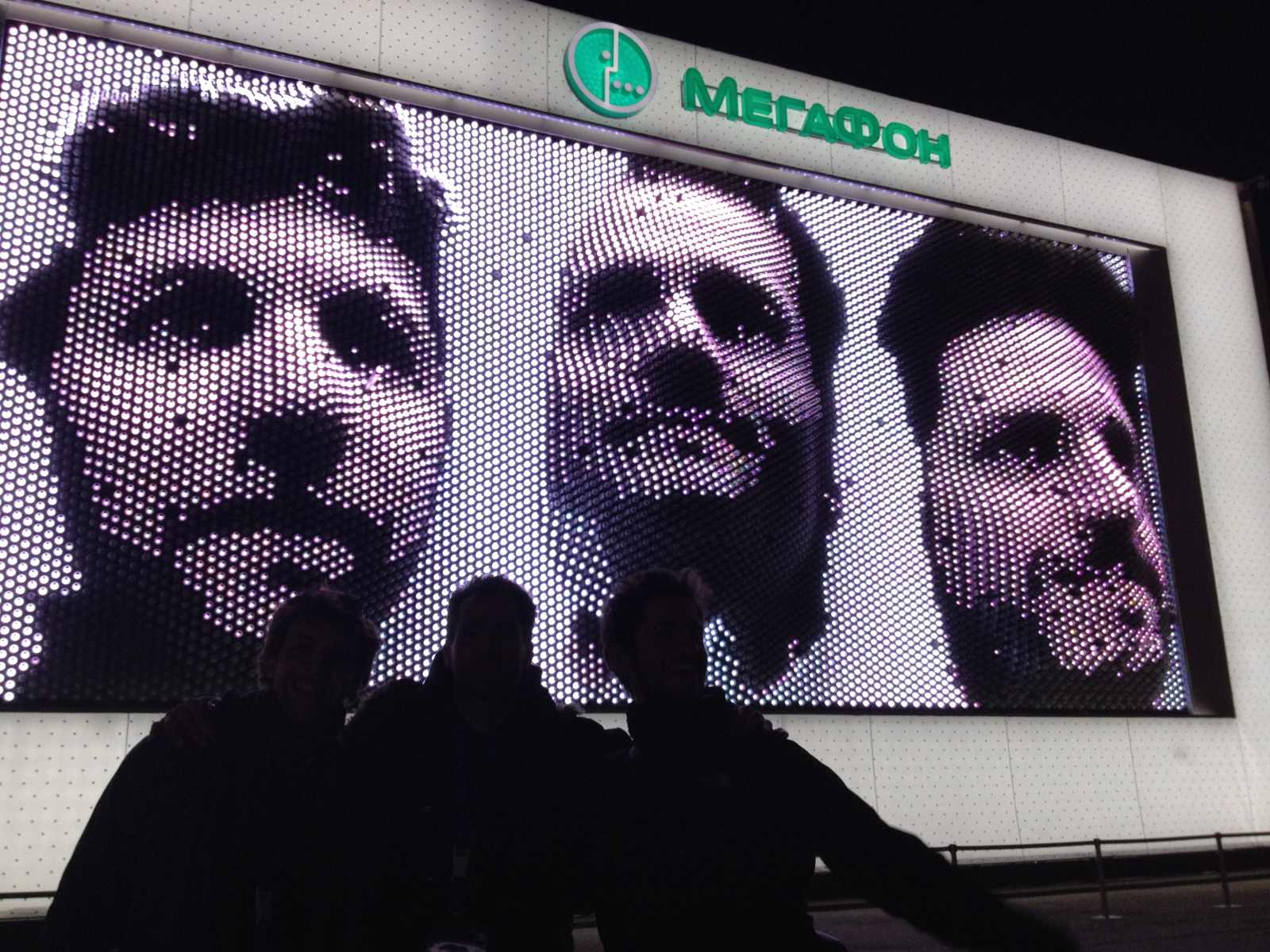 The CPP Team: Martin, Scott, myself

This is where the CPP came in, it would take the RGB and depth images taken from the photobooths, then scale, rotate and apply lighting to them using Houdini. It also handled special events, birthdays and couples on Valentine’s day, adding pre-rendered graphics to the display.

As development was well underway, the CPP had to seamlessly fit into the existing system (developed by iart who also developed the hardware) and not prevent the images from reaching the façade if anything went wrong (it never did).

To do this I used web.py and its seriously friendly API to create an HTTP server that could receive the image sets, pass them to Scott and Martin’s Houdini script, zip up the processed images and send back. 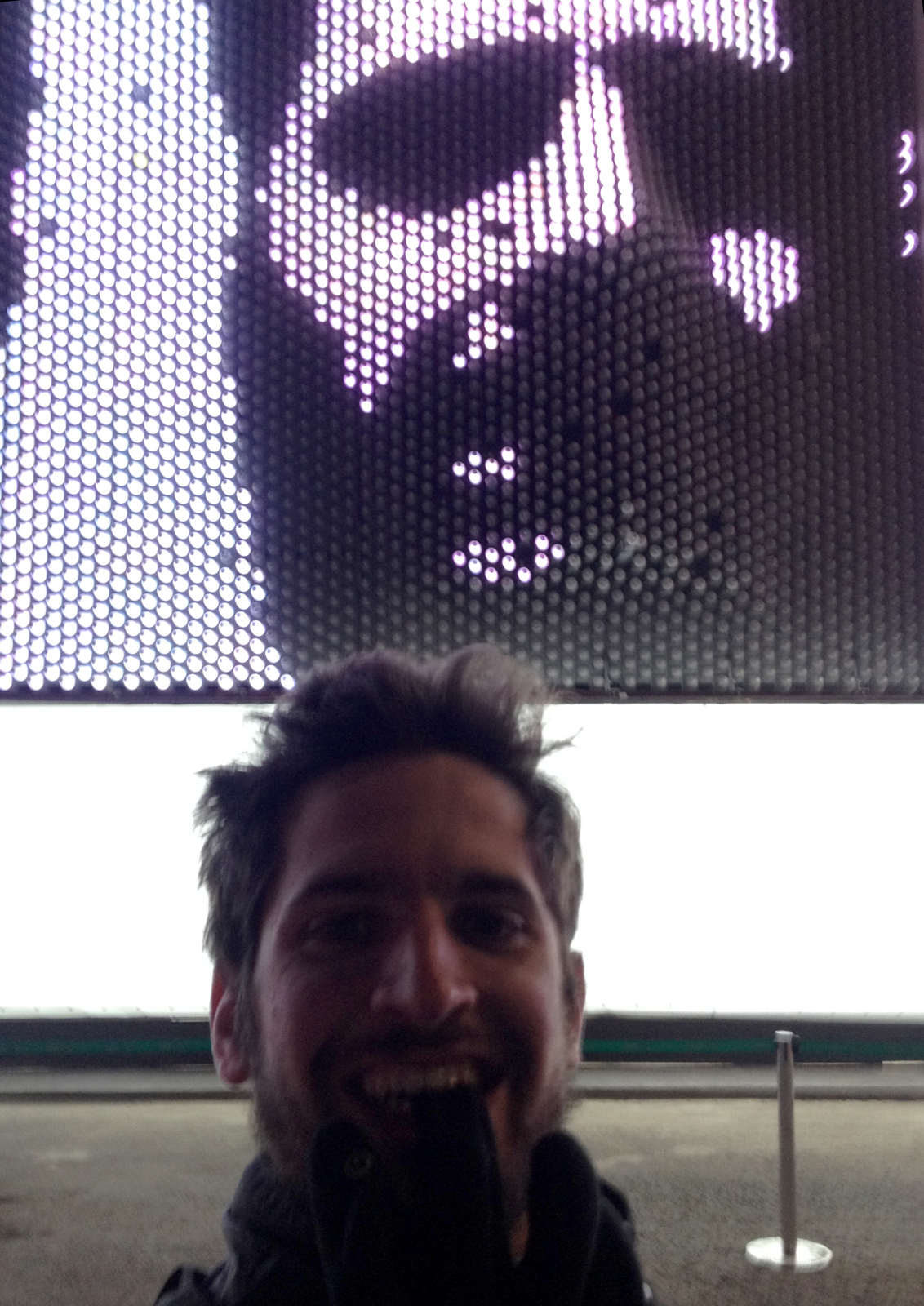 As this was the biggest pavilion, for the biggest domestic sponsor, of the most expensive Olympic games ever, it was really critical that nothing went wrong. As a result, I think this was the “safest” code I’ve ever written, taking precautions at every critical point. 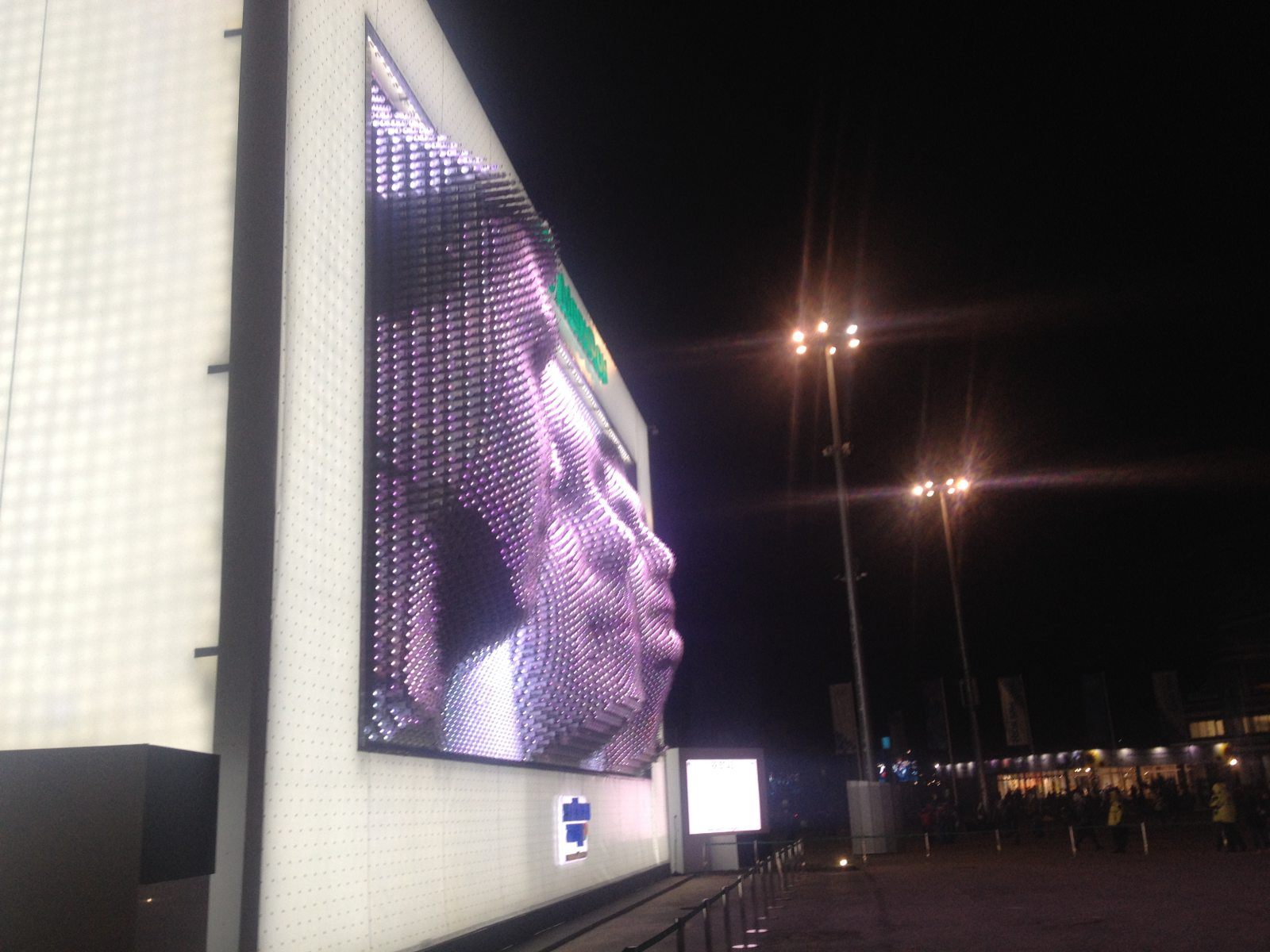 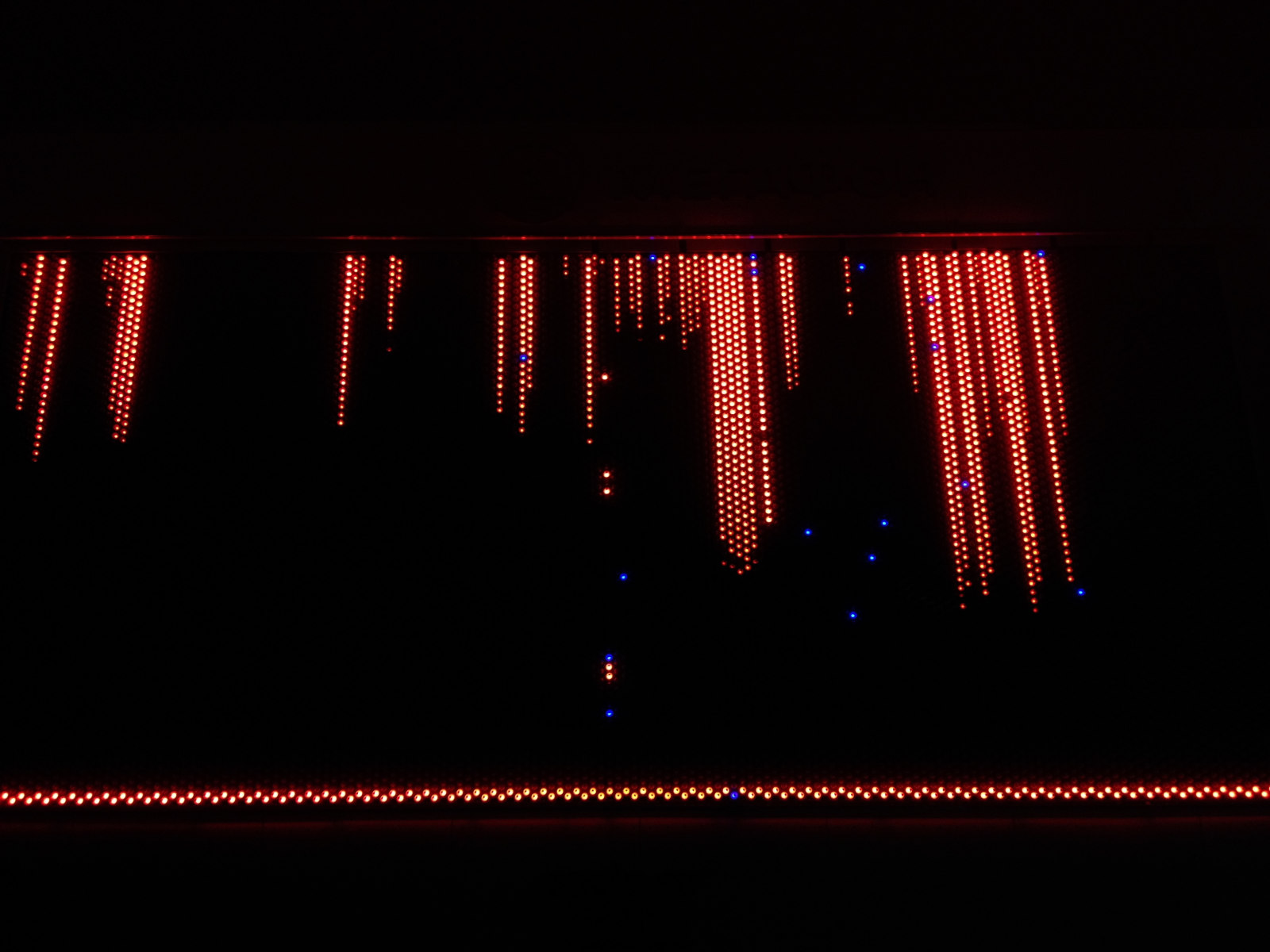 While in Russia I also ended up writing a short piece of music for the project’s teaser video,released during the games. I only had a day and a half, a stock installation of Logic Pro and no MIDI controller. This time was spent spent the time in the back of a cold van with a pair of headphones, putting the track together with the mouse and recording background noise to have something in the track that wasn’t entirely synthetic.

I spent 11 days in Russia, on-site integrating the system (and getting my face on the façade) before going to Moscow to see some of Russia outside of the Olympic Park. 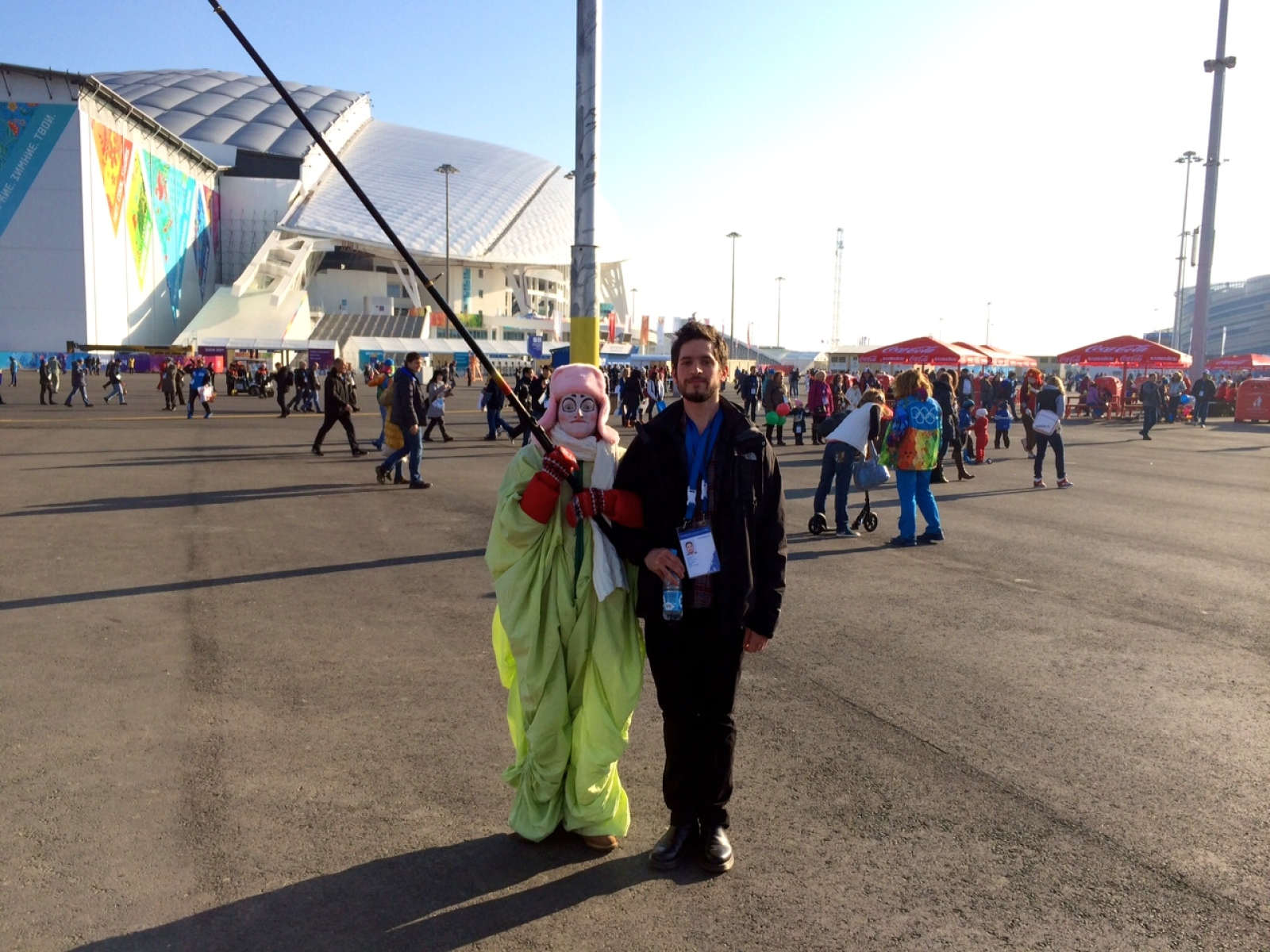 Making friends with a Russian clown

Particular highlights were 15 Kop a.k.a The Museum of Soviet Arcade Machines, and a visit to the incredible Art Lebedev studio. 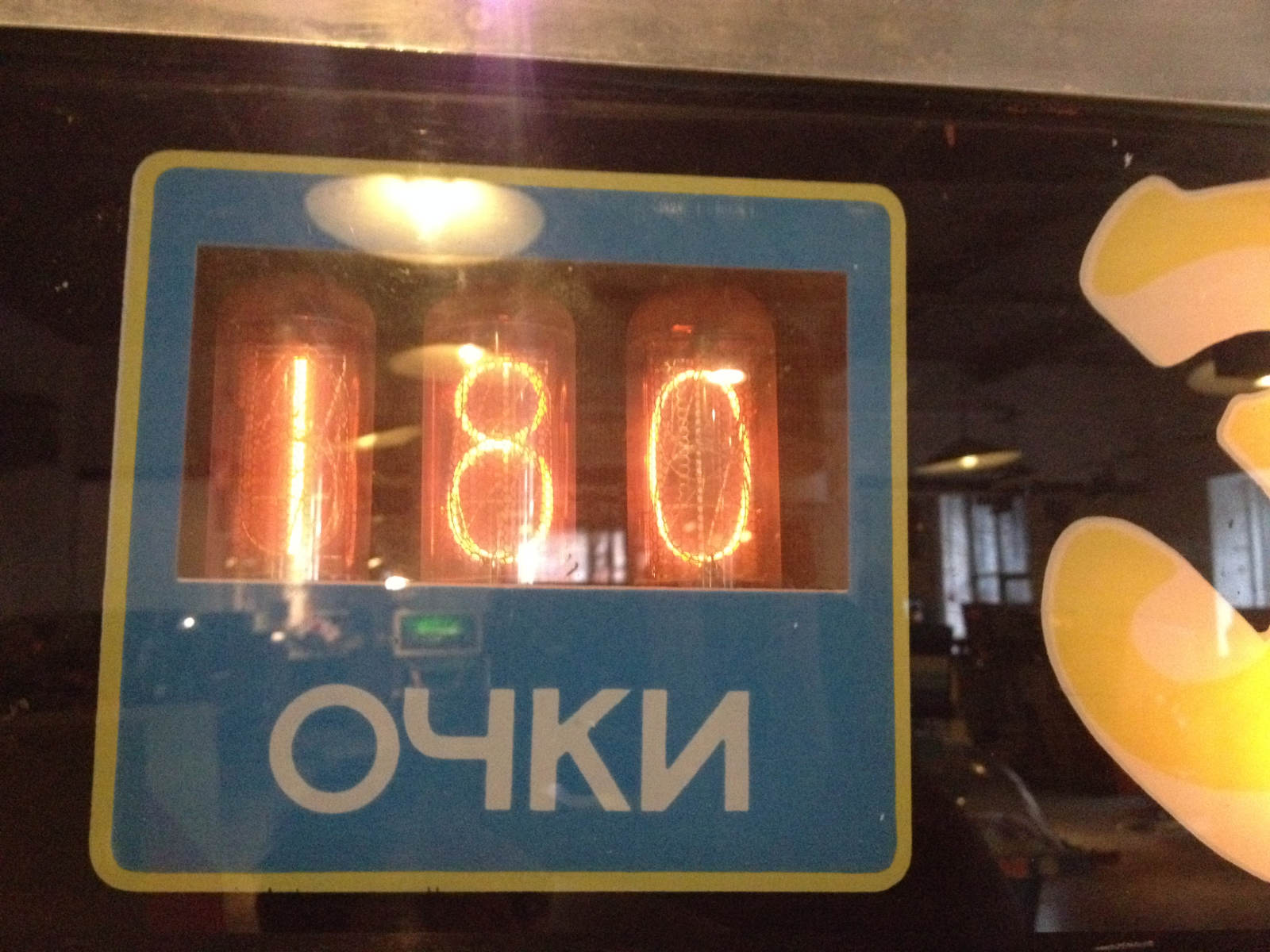 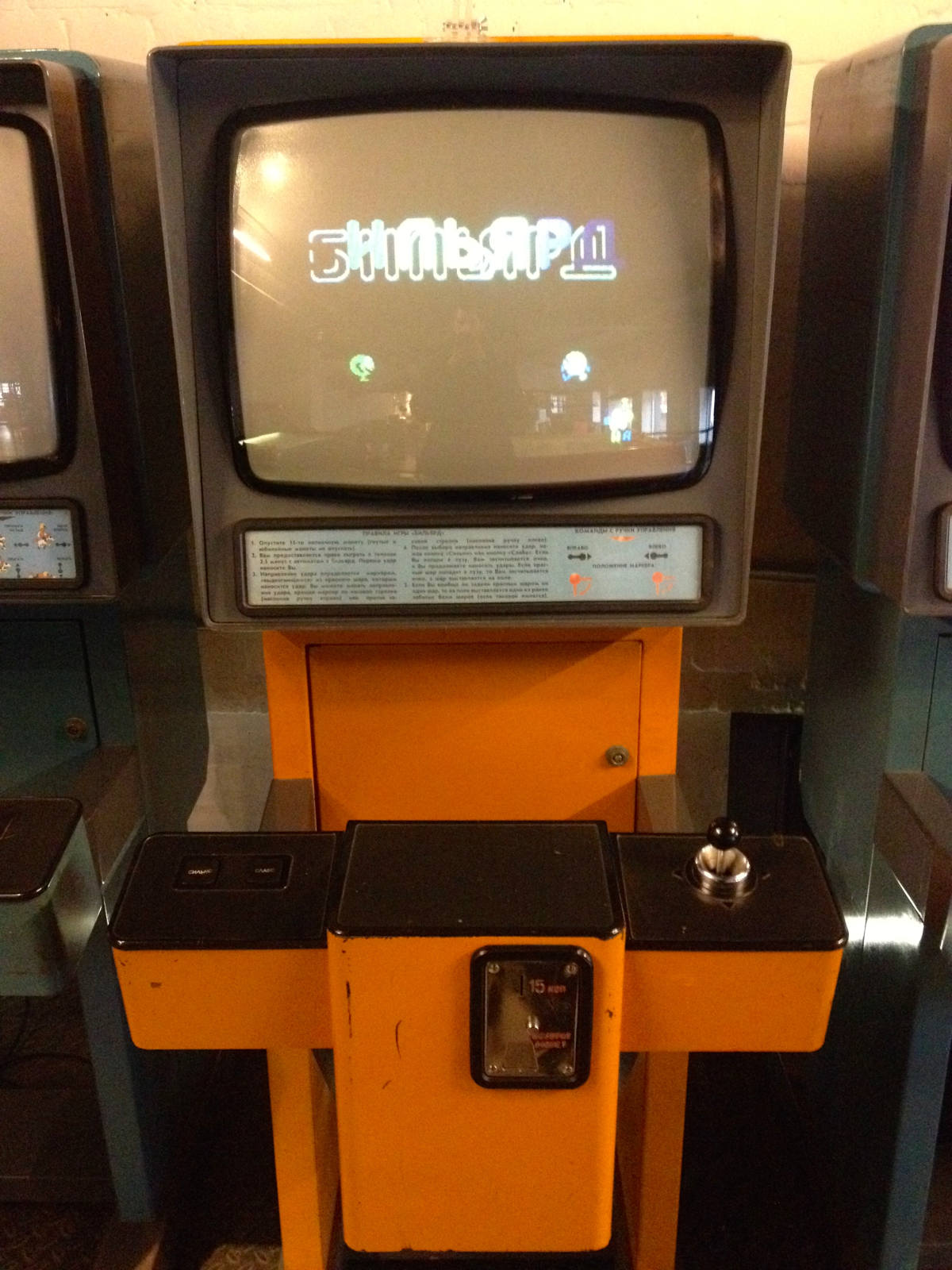 One of many impossibly hard Soviet arcade games 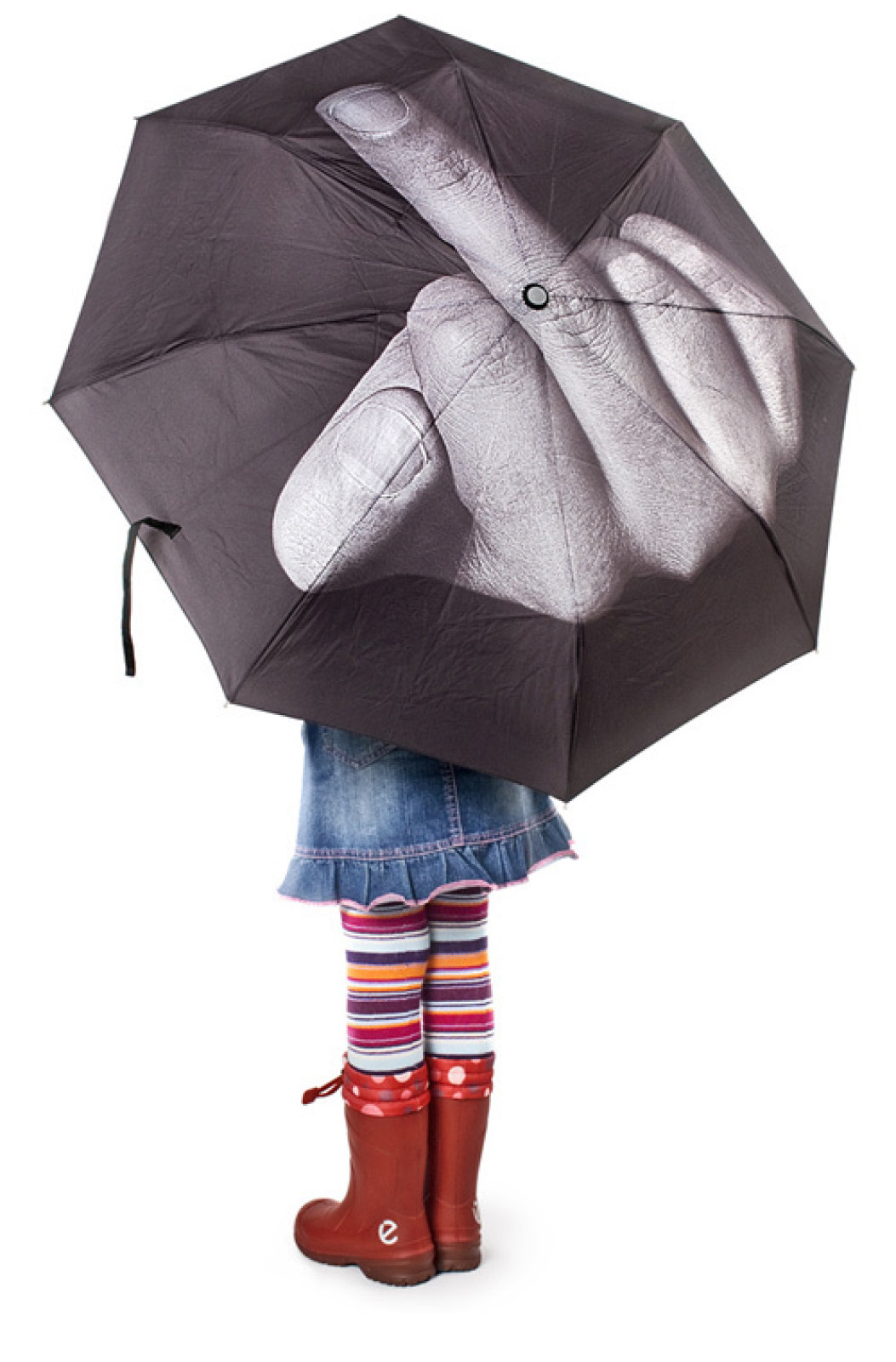 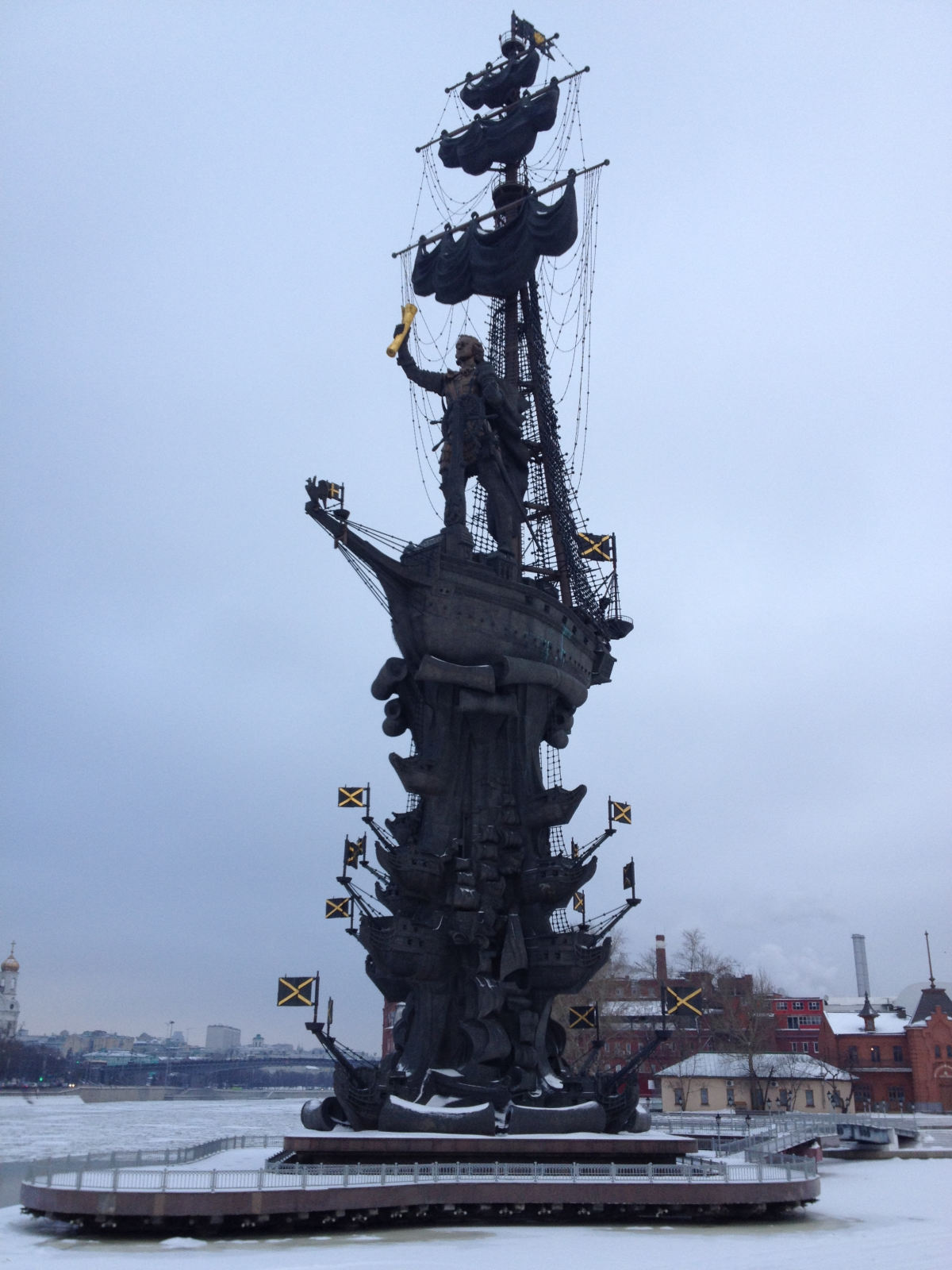 Moscow's 98m tall Peter the Mega, the "10th ugliest building in the world".