The Superhydrophobic Fountain uses a superhydophobic coating to create seemingly impossible movements of water. Inspired by the Japanese Mathematician Kokichi Sugihara’s optical illusions that interpret Escher-like two dimensional line drawings into three dimensional objects to create motions that appear impossible, the fountain creates surprise by playing with our expectations of how water moves. 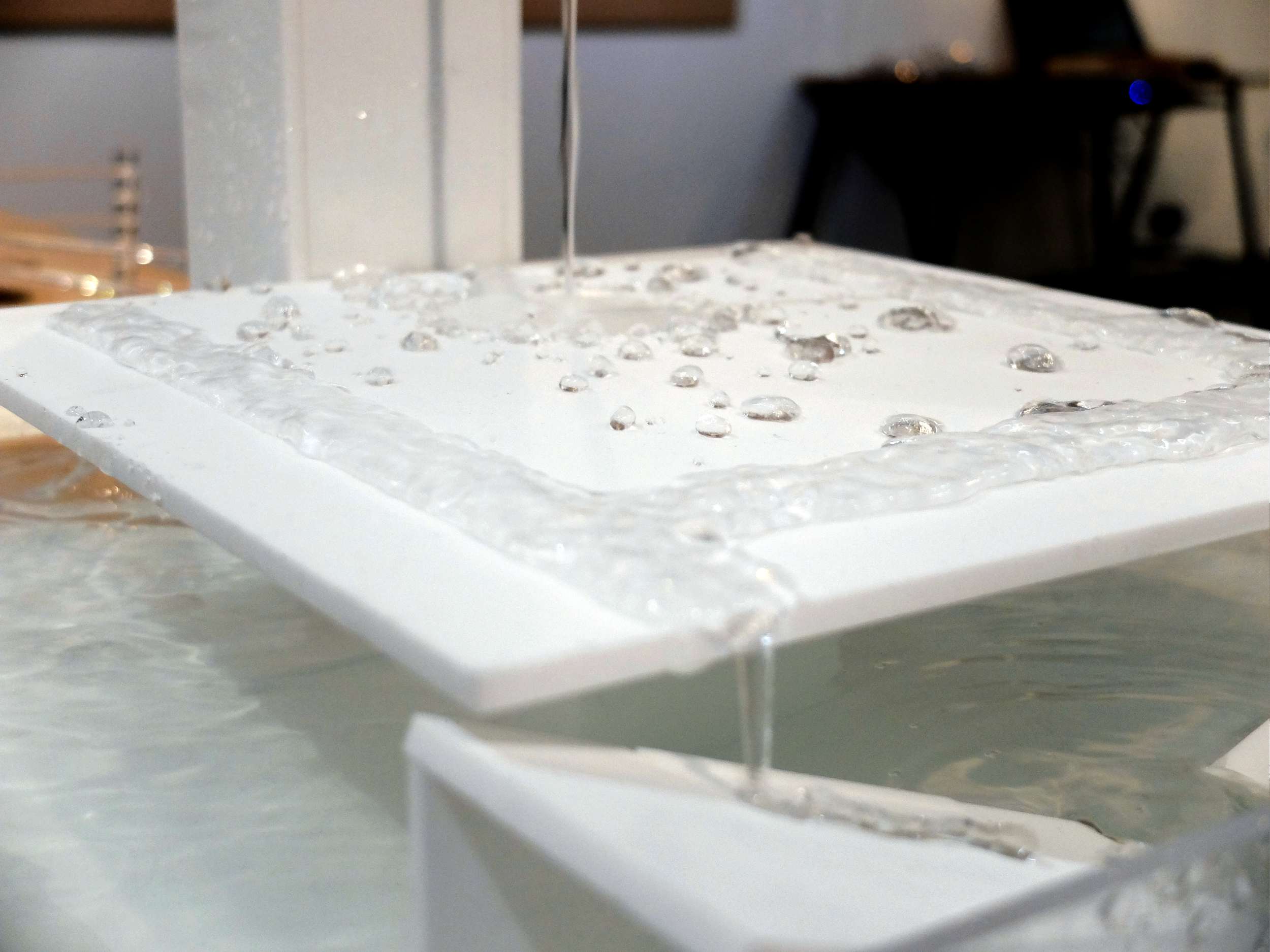 The superhydrophobic coating create a microstructure that mimics the naturally hydrophobic Lotus leaf. Experiments with the coating lead to the discovery of a number exciting effects: fast moving mercury-like droplets, unnaturally narrow streams, and areas of tension created by juxtaposed treated and untreated areas. These were brought together in the final form of an indoor fountain. 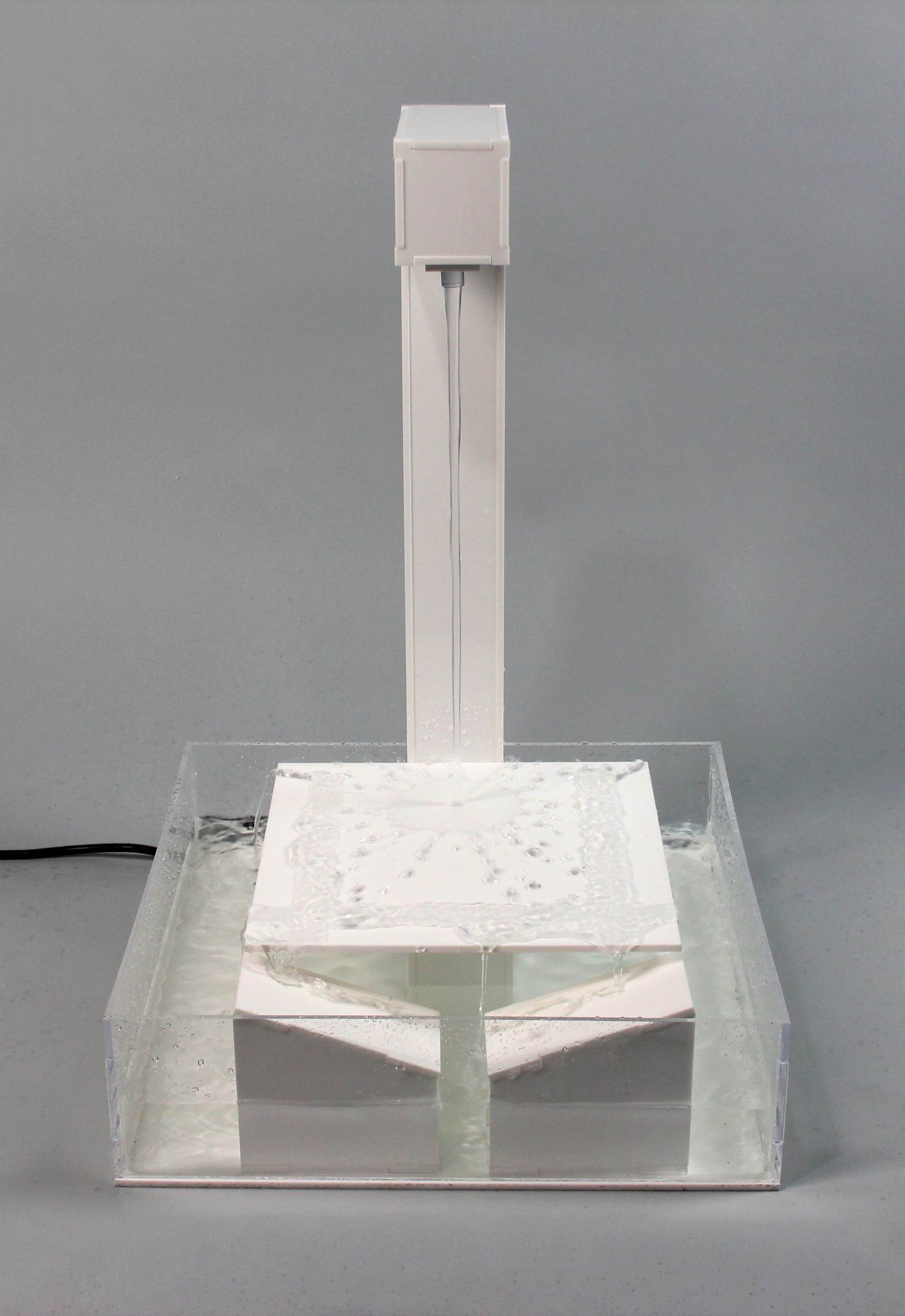 Made for Mark Lim’s prototyping class at Pratt, the fountain is made from laser cut acrylic, a superhydrophobic coating, and a 3D printed spout holder to allow adjustment of the spout position. The fountain was subsequently featured at the RCA’s 2016 Work In Progress show. 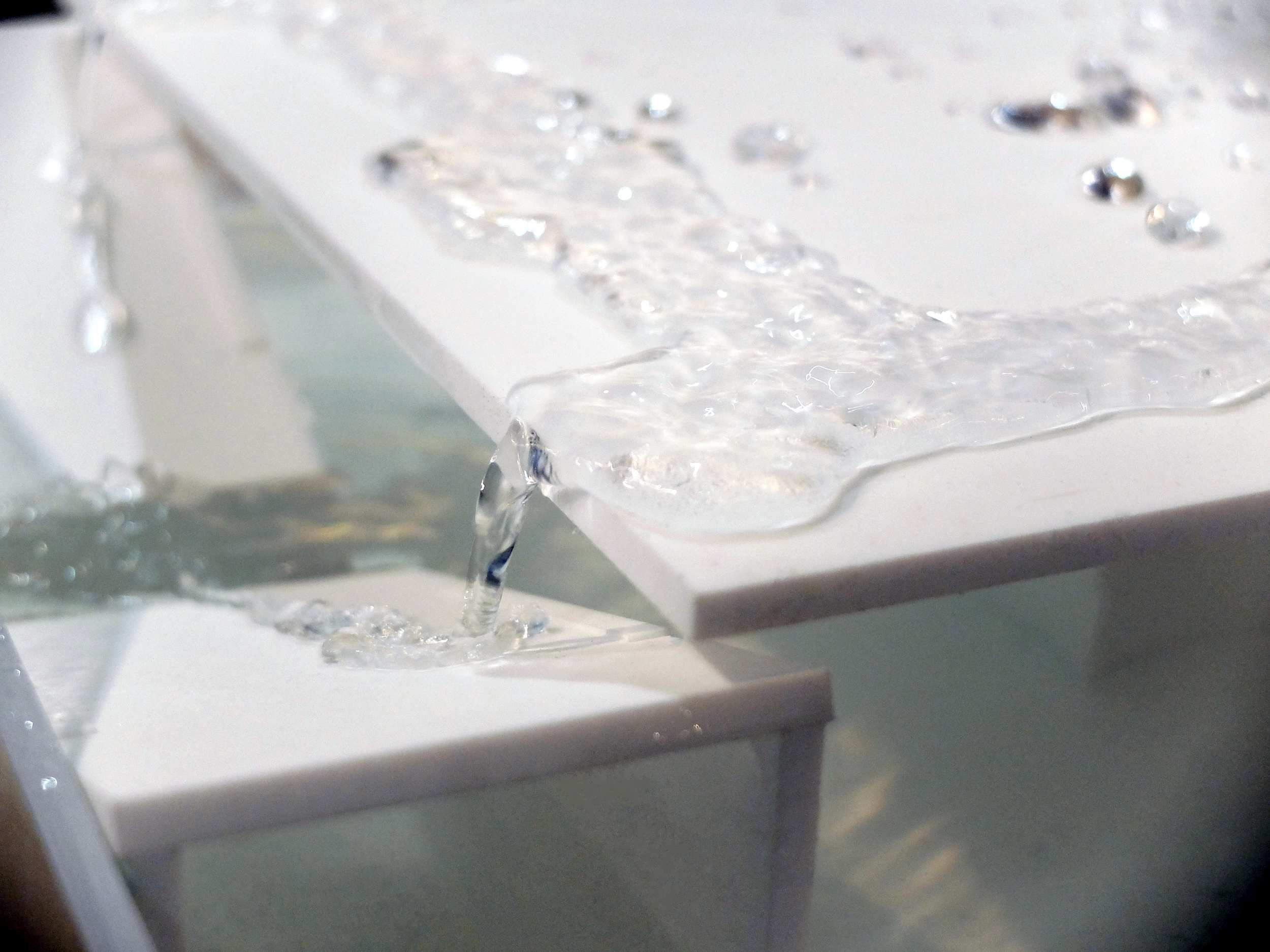 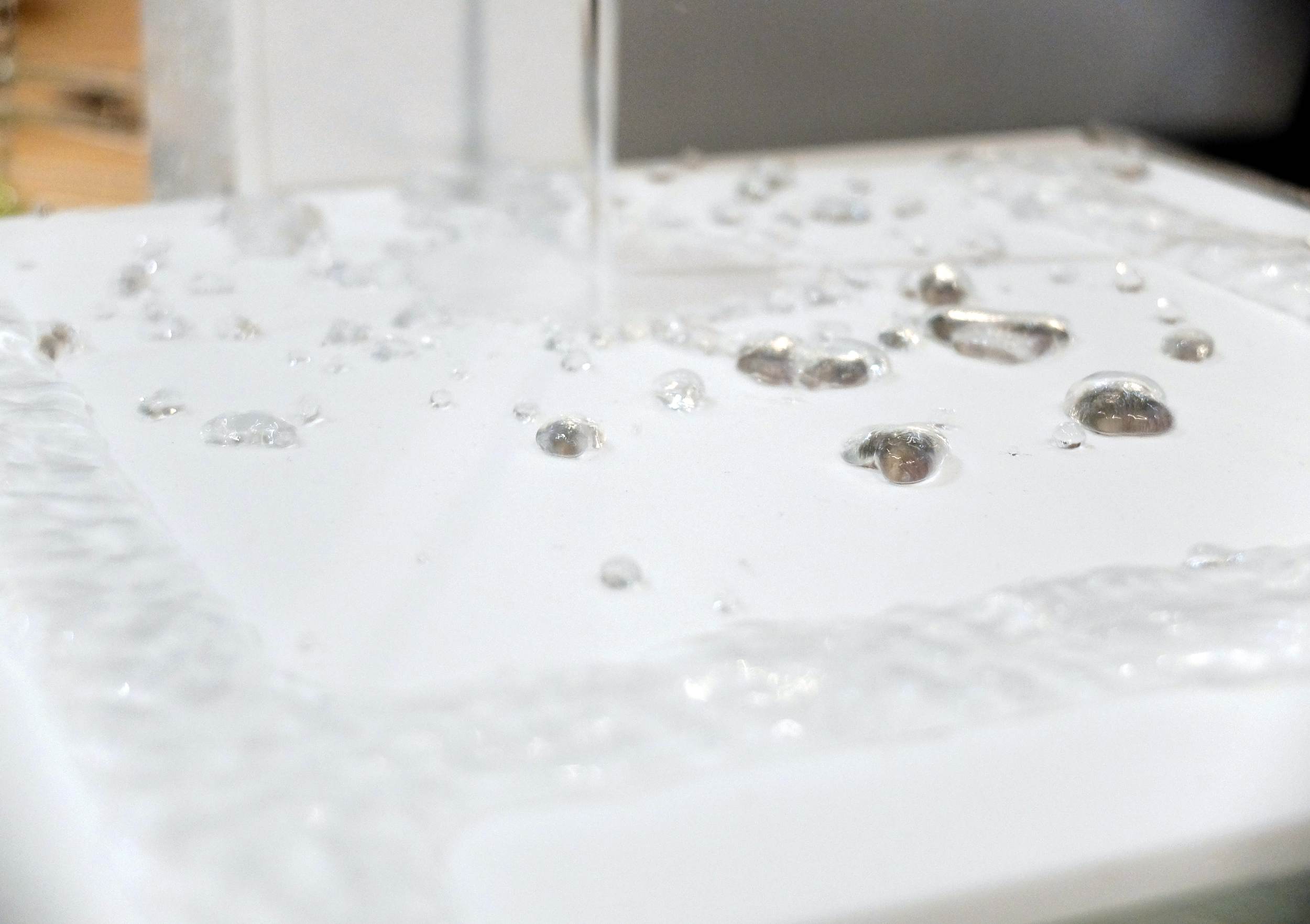 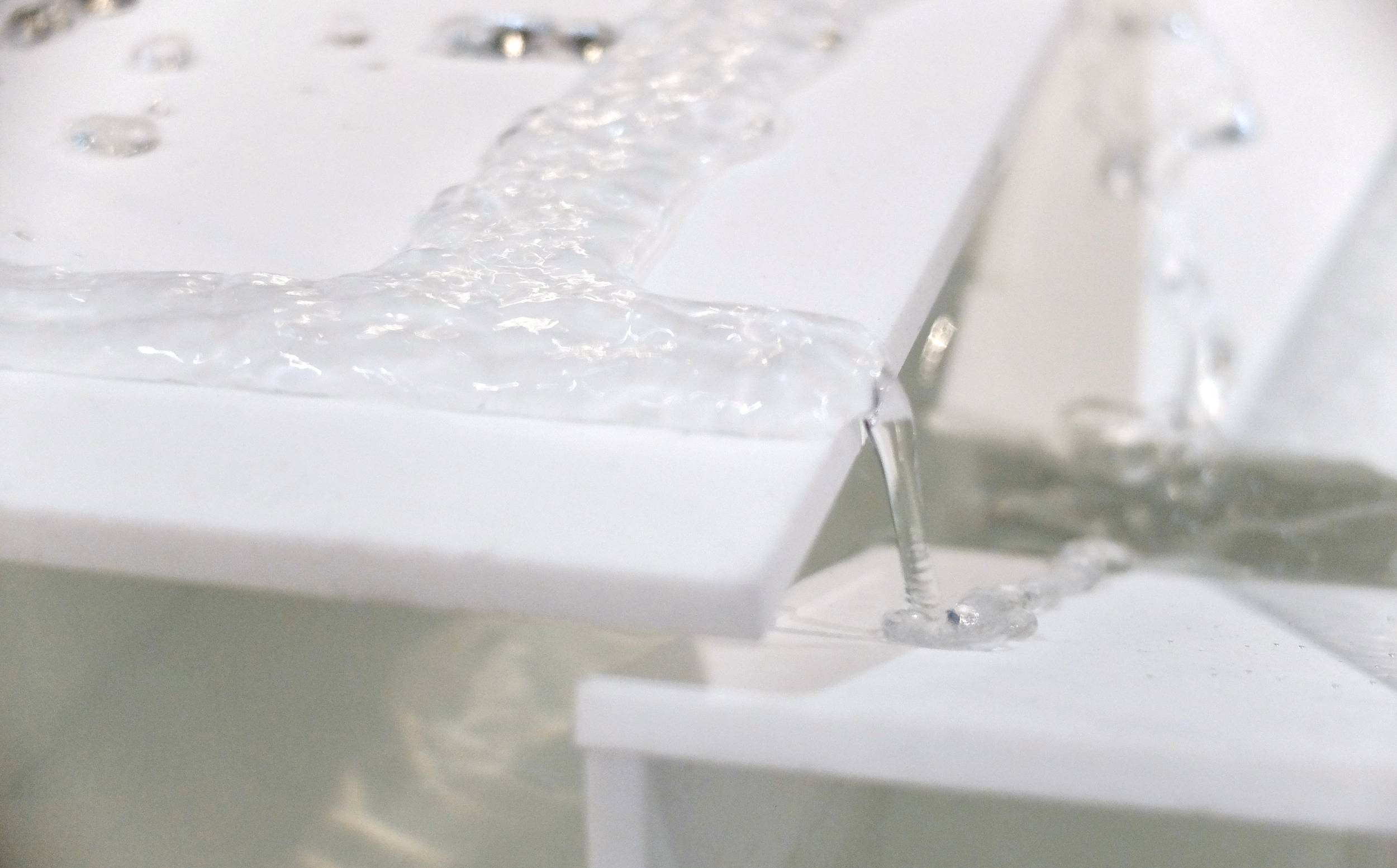 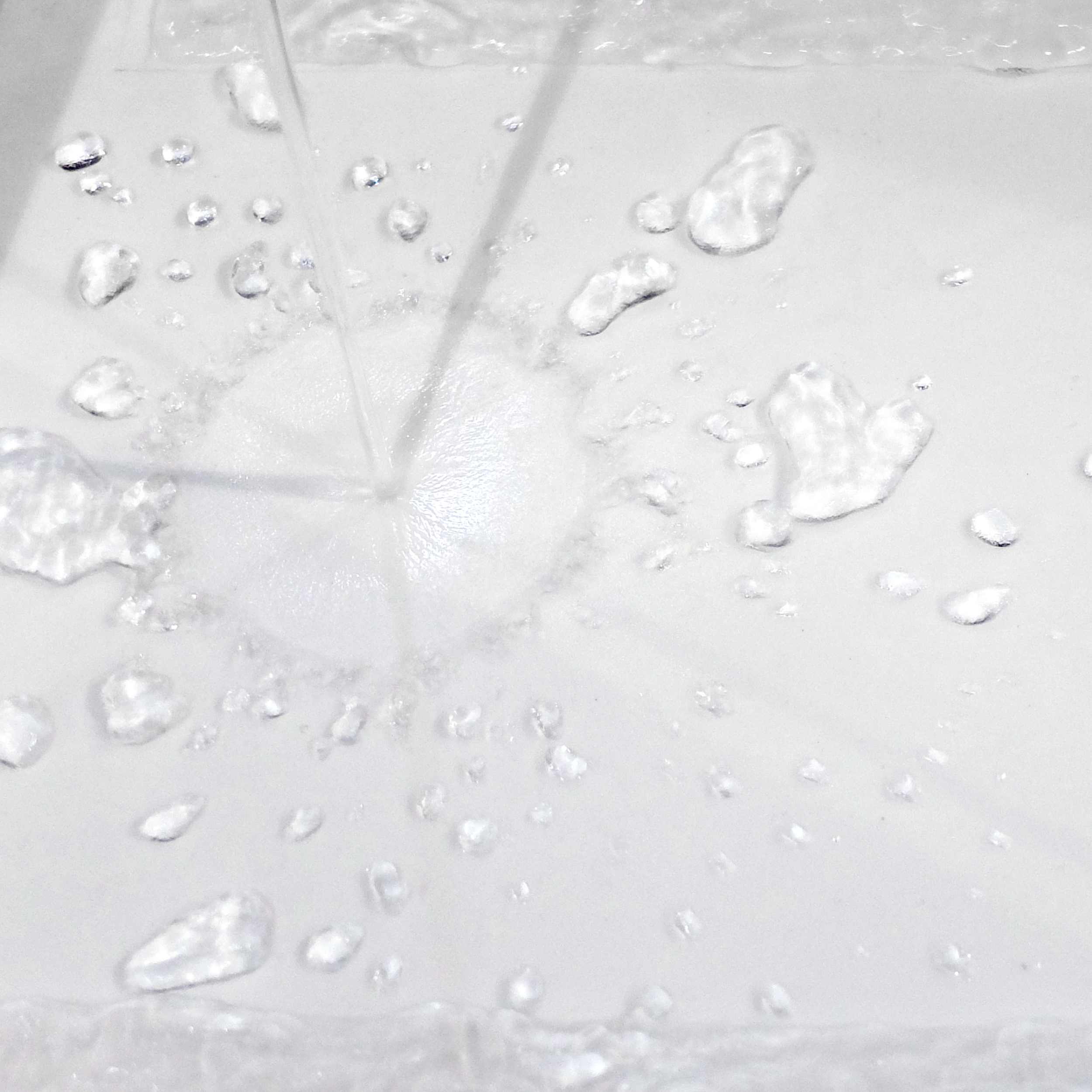 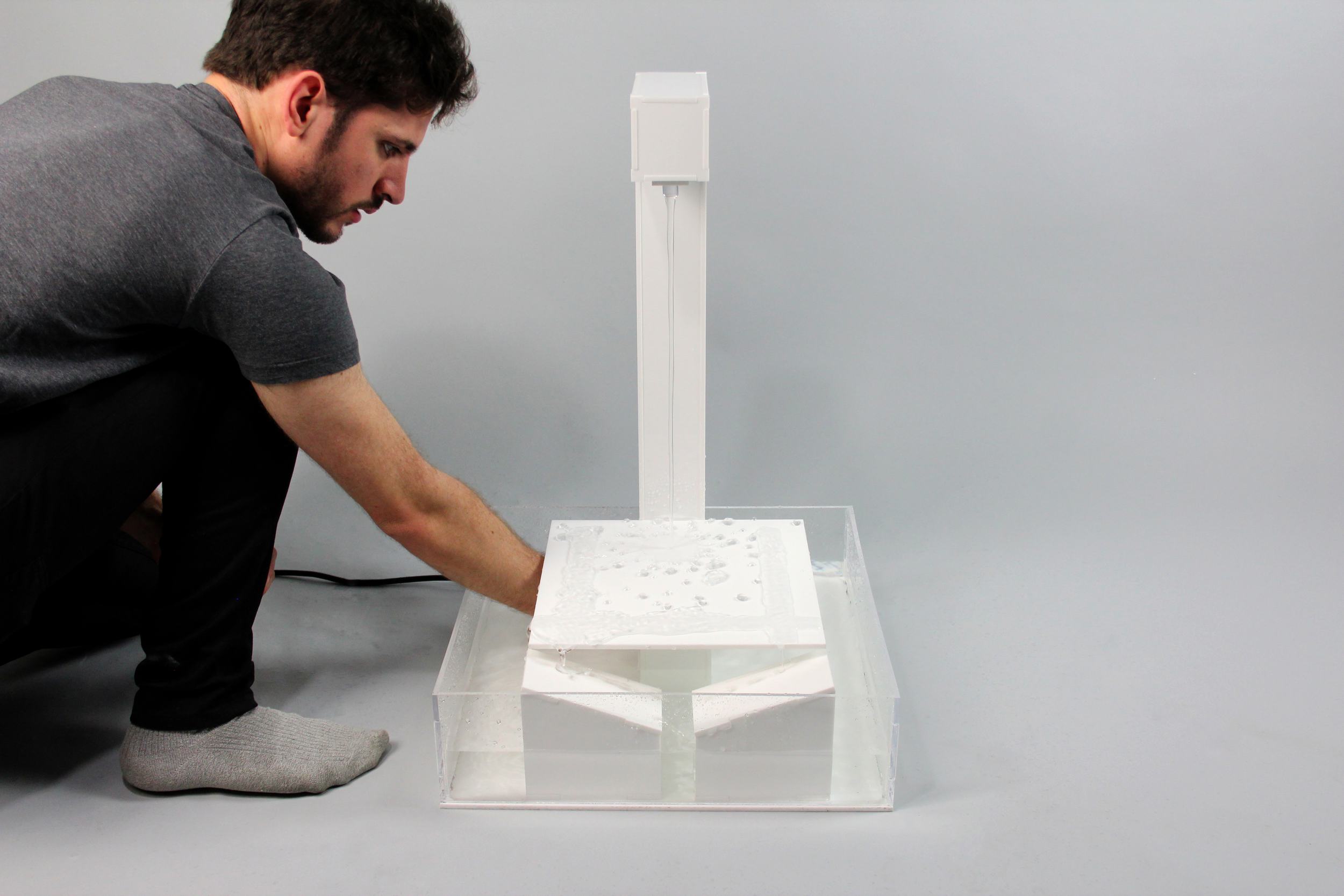 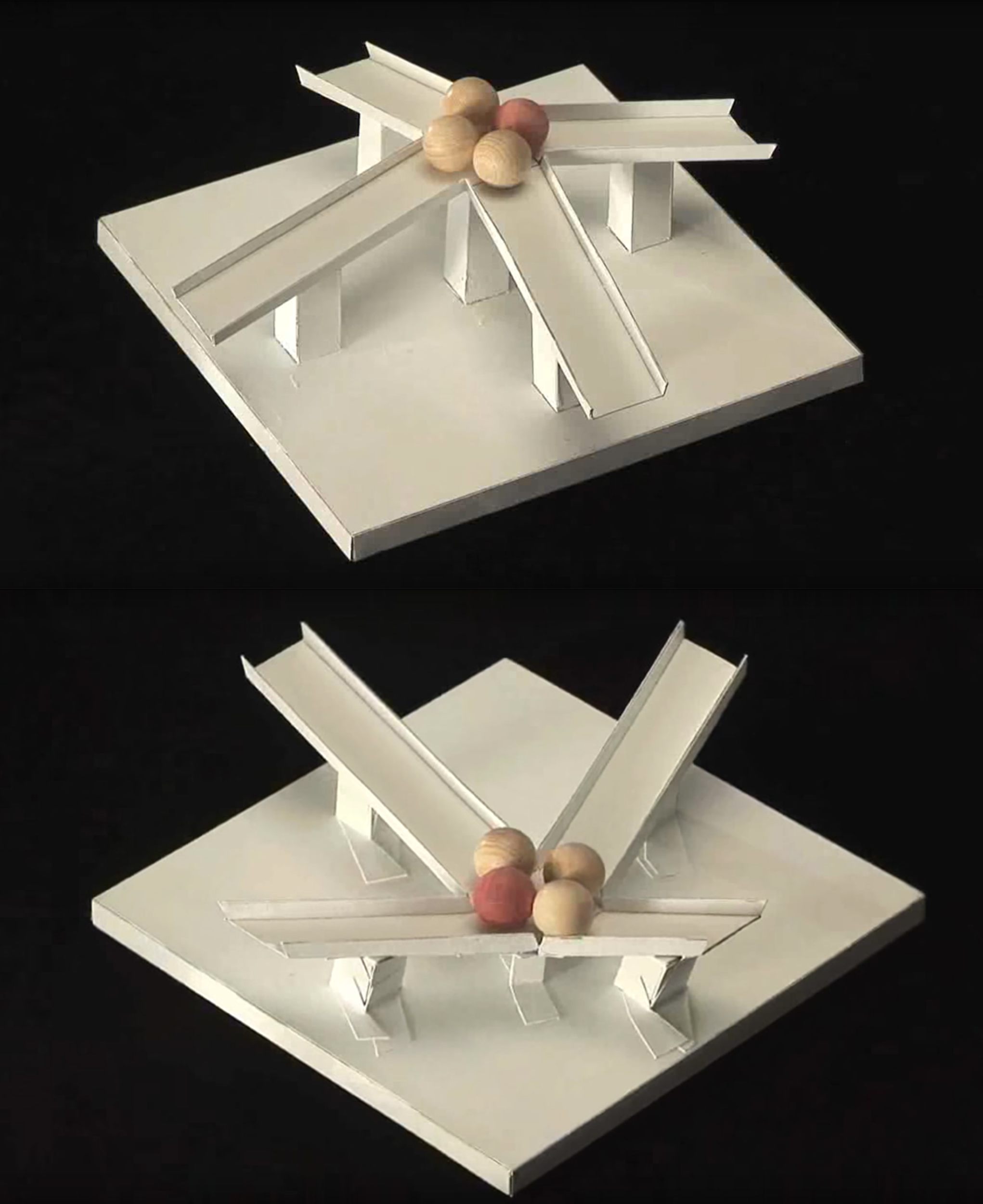 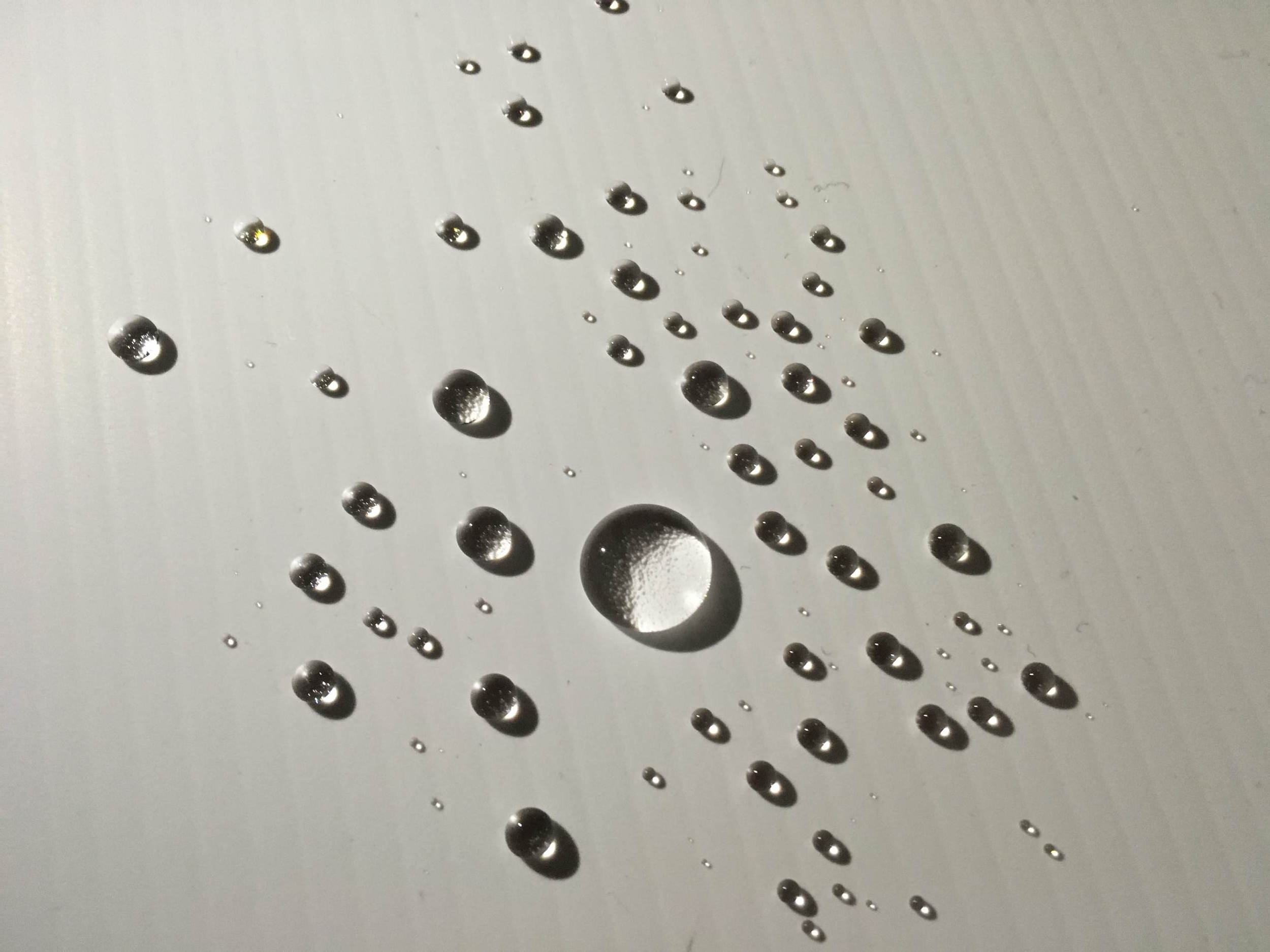