I worked with previous collaborators and good friends Hellicar & Lewis and John Nussey to create this interactive Acid House tribute to the classic Roland 808 drum machine and 303 bass sequencer for Warp’s incredible Warp-x-Tate event at the Tate Britain. 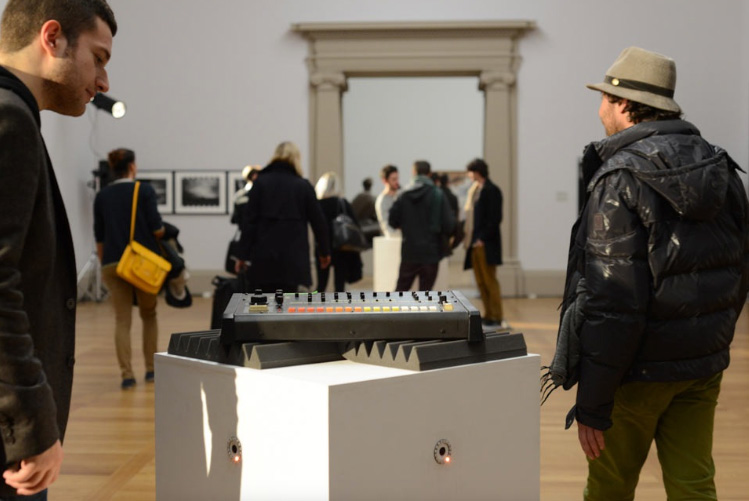 The precious 808. Proximity sensors with circular LED strips for feedback

We had each synth on a plinth at either end of the gallery with a dedicated sound system for each. The plinths were fitted with proximity sensors to control generative Acid House basslines and drum patterns that would go from subdued to full on rave depending on the distance of visitors.

The control system was written in SuperCollider, which received serial data from the Arduino boards and controlled the spot-on synth emulation plugins Nepheton and Phosycyon for the 808 and 303 respectively.

The patterns were based on classic uses of the machines, including Phuture, Josh Wink and Daft Punk. This project meant a lot to me as I’ve been a big fan of Warp and their artists for years, also the Tate Britain isn’t too shabby. The night was hugely popular (I heard that 3,000 got in and another 6,000 were turned away), which gave us a real buzz as our room attracted a lot of attention; the fact that it was one of the loudest kind of helped… 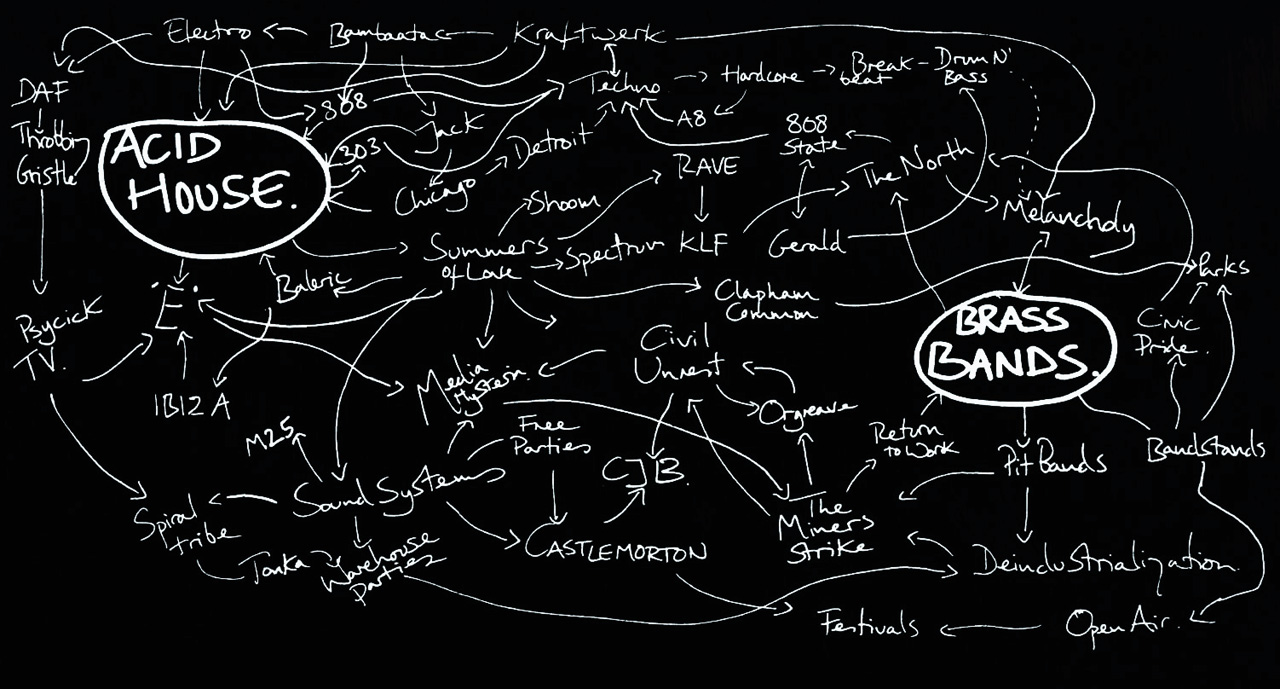 Jeremy Deller's piece from his Acid Brass project, that was the basis for the whole night.